Naritasan temple, all Hindu God and goddess painted around

Naritasan Shinshoji Temple (成田山新勝寺) is located in Narita City of Chiba Prefecture of Japan. It is near to Narita Airport.

The Pillar are having many hindu gods with their Japanese names. The temple belongs to the Buddhist sect Shingon school of Buddhism, a major Buddhist sect in Japan. In the center

The Goma prayer, the most important ritual in Shinshoji, is performed here. Goma (Hom होम) is Hindu traditions, an important rite in Shingon Buddhism. Goma consists of making an offering of visitors’ prayers in front of a consecrated fire, performed every day at Shinshoji. 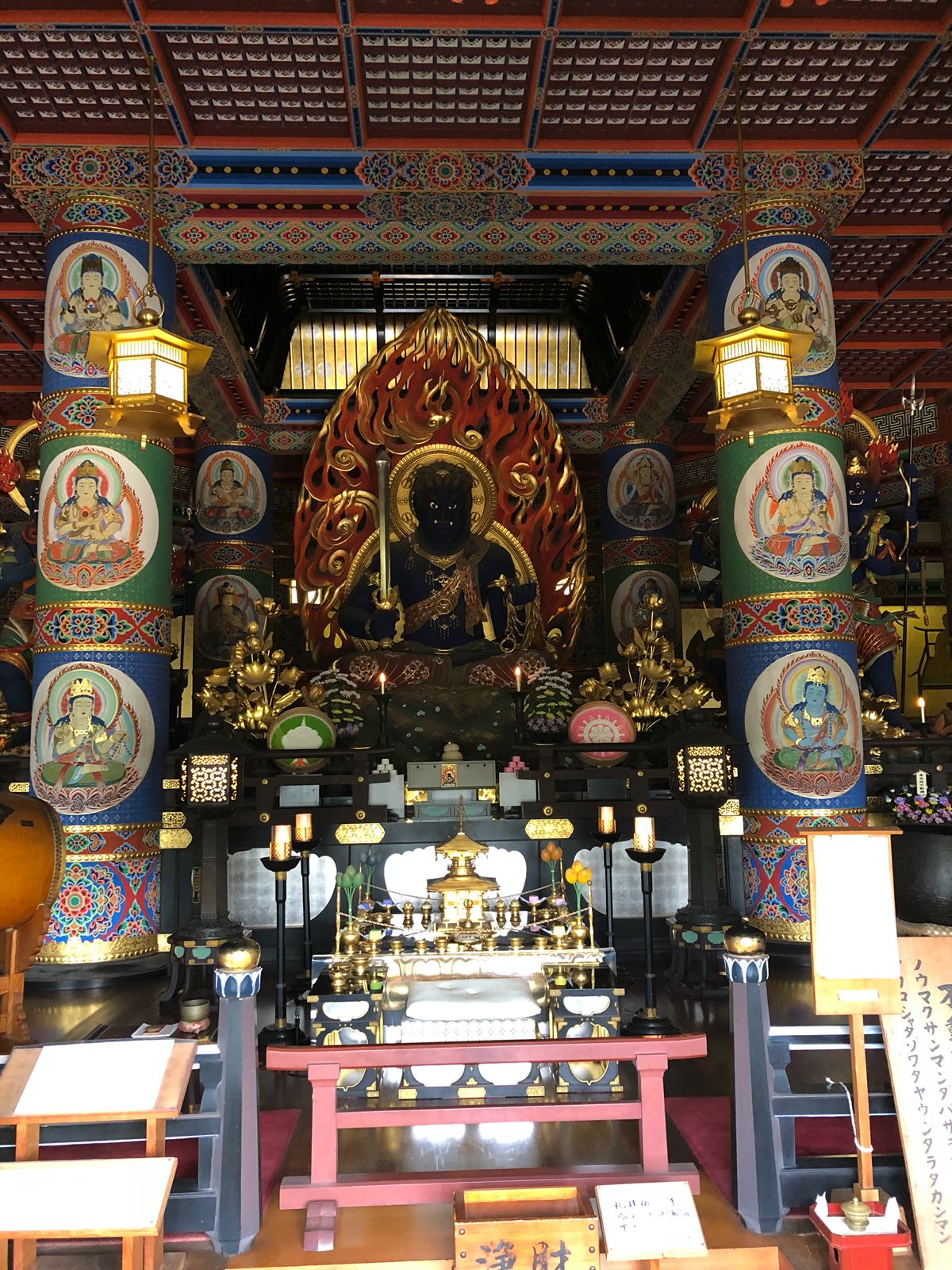