Hindu deities in Japan – Some Masterpieces from Ninnaji Temple

A veritable feast was arranged at Tokyo National Museum @ Ueno recently.
Treasures of Ninnaji, founded by Emperor Koko in 886 and which is a UNESCO World Heritage Site, were exhibited during this event. 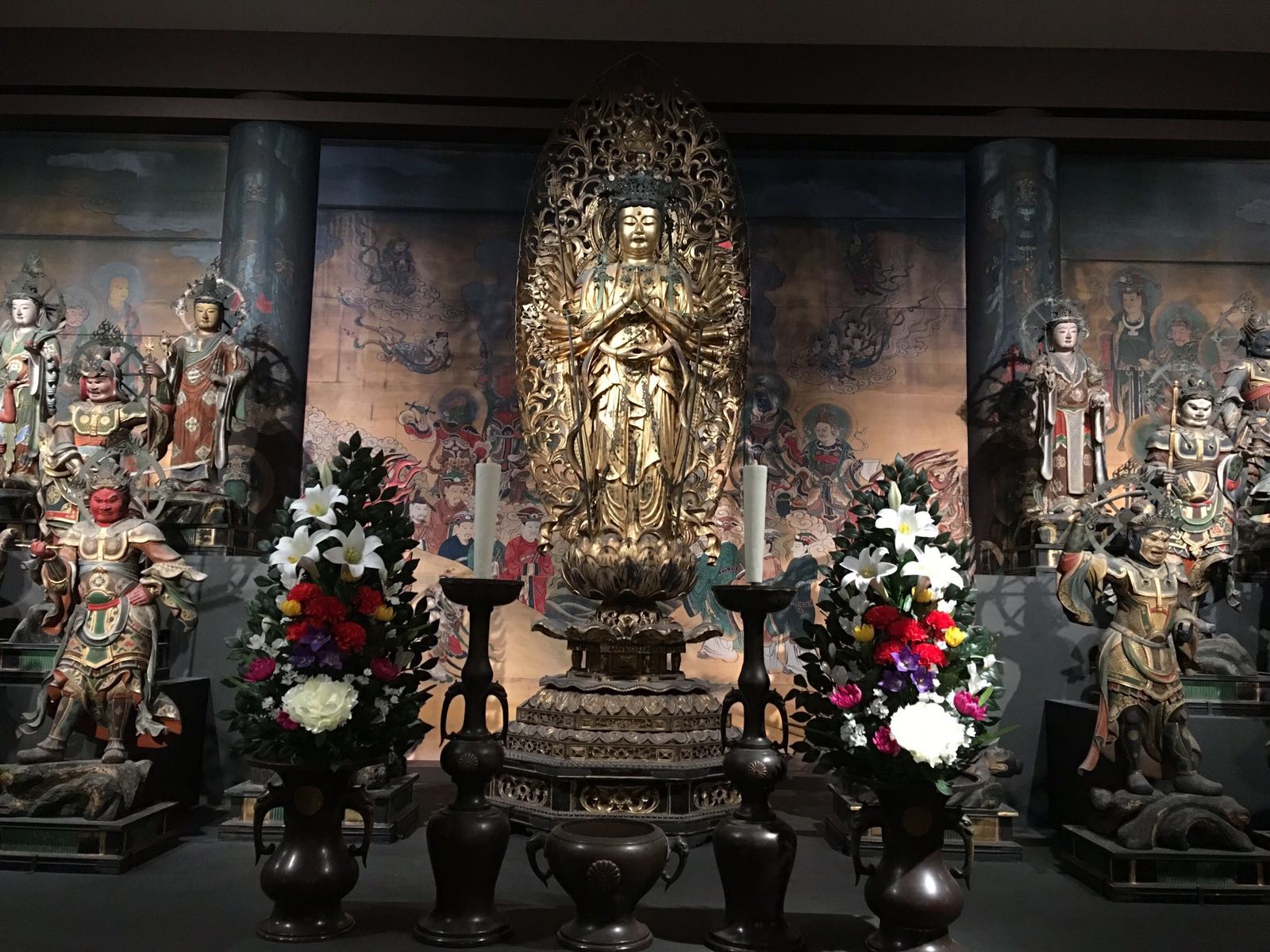 Together with magnificent Buddhist sculptures, many treasures related to Esoteric ritual were presented during this occasion which are normally not accessible by the public.

Although photography was prohibited in general, it was a unique opportunity to experience the statues surroundings of Kannon hall that are seldom seen by the public.
The structure of the Kannon Hall is much similar to that of famous Sanjyusangendo in Kyoto.
Thousand armed Kannon (Sahasrabhuja Avalokiteshwar) in the middle, 28 guardian deities (Dharmapala) on both sides along with Varun and Vayyudev. 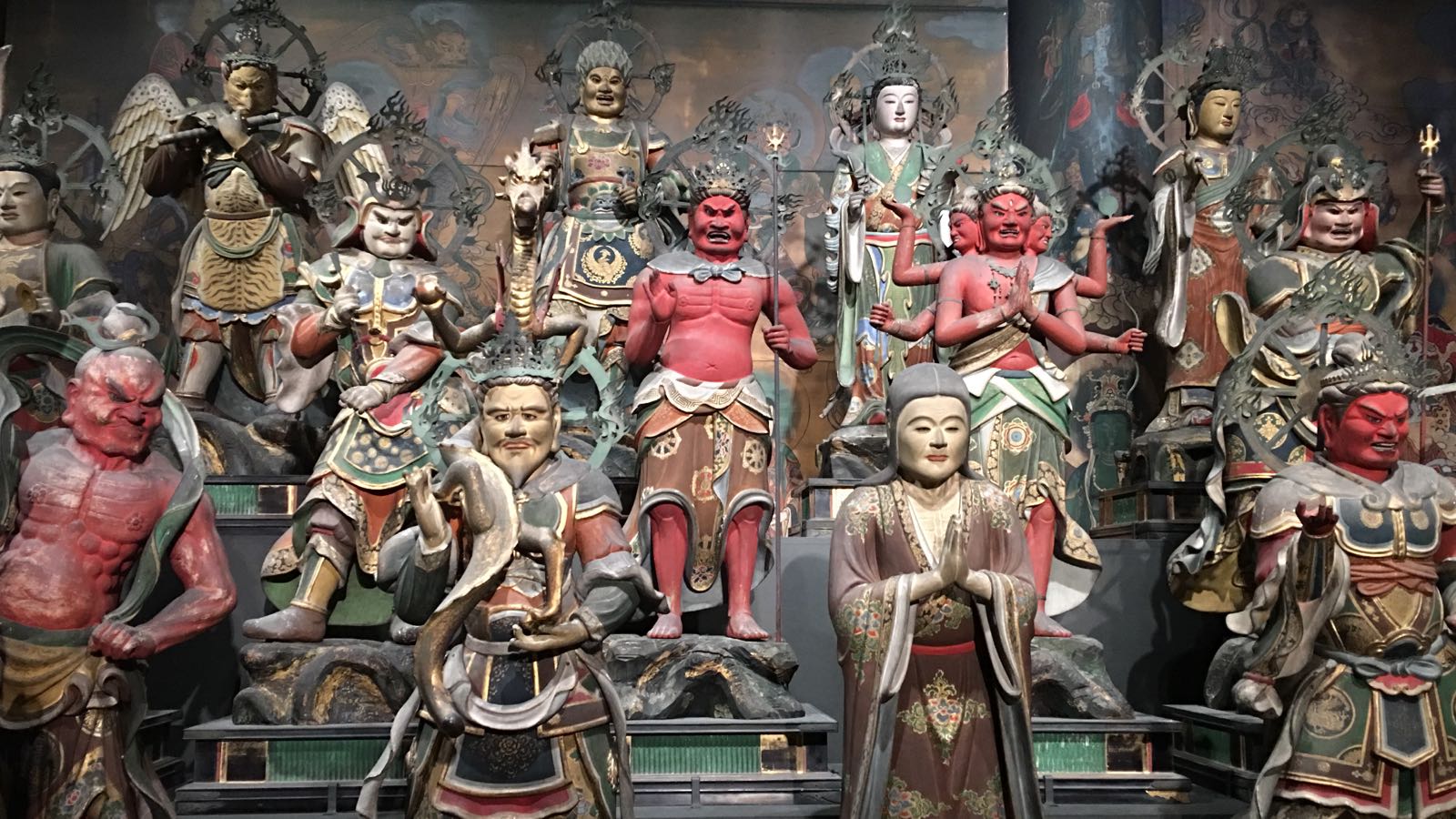 It’s very interesting to see that how our Hindu deities have been transformed into this new avatars!
One more interesting aspect is some of these deities are no more worshiped in India now a days, but they were certainly been worshiped in the past at least till the time when this cultural transformation had happened.. 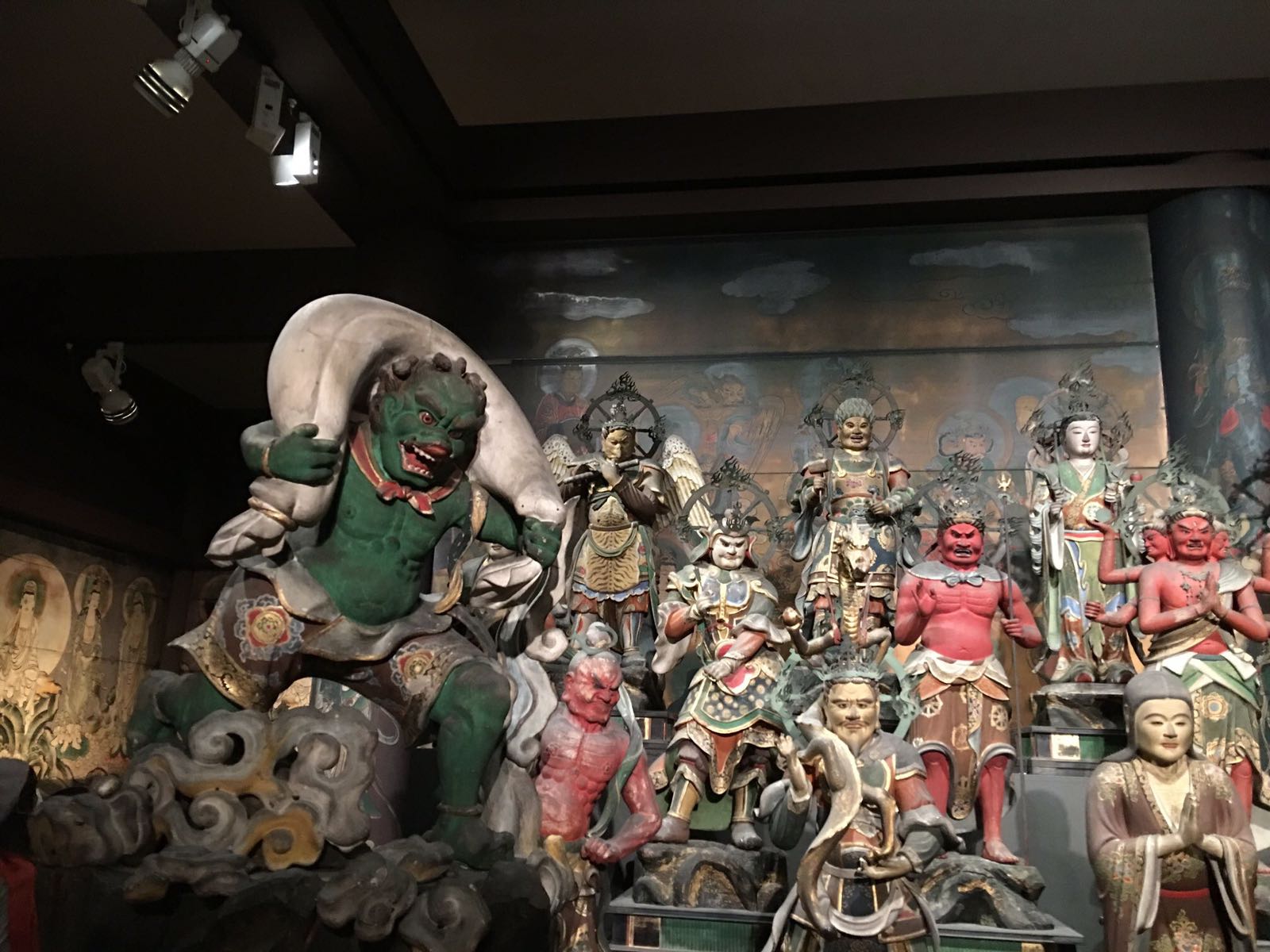 Usually Japanese people know about Buddhist deities such as Benzaiten, Daikokuten, Taishakuten, Enmaten etc. but they rarely know about Hindu origin of these deities and their original names.

But as the original Sanskrit names of these deities were also mentioned (refer to below list) I hope that people who have visited this exhibition got aware of these interesting facts!